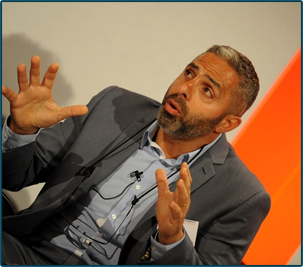 Andy has been involved in the Automotive Industry for 30 years. He has owned and managed successful garages since 1994. In 2001 his garage at the time Shaftesbury Garage won the prestigious award of National Independent Garage of the Year Award at the Hilton London.

In 2005 he sold his businesses and went on to complete a Diploma in Automotive Retail Management at Loughborough University (2007). During that period Andy consulted to a variety of Vehicle Manufacturer’s and Parts Distributors in Aftersales Business Improvement (Kaizen) & Strategy.

He was elected Fellow in April 2008 of The Institute of the Motor Industry, which he is very proud of. He is also a council & advisory member of The Independent Automotive Aftermarket Federation (IAAF). The IAFF is a voluntary organisation of senior automotive executives that meet on a regular basis to discuss industry issues and set IAAF policy.

In just 18 months July 2012, Brunswick Garage reached the final 5 in The National Independent Garage of the Year Award organised by the Motor Trader Magazine held at the Grosvenor Hotel Park Lane. Having sold this business in November 2015, he is now MD at Savva Automotive an Aftersales consultancy business working with both retail and aftermarket organisations as well as public speaking for the industry and writing for automotive trade publications.

All I can say is a big thank you. I feel like it's a new beginning and I also feel like I had lost my way but you have given me a map to making work again. I can't tell you how great full I am for your work.
SEAN SMITHVAG Techniks, Henley on Thames
Andy quickly and efficiently gained an overview of our business and it's current limitations. He offered realistic, sensible and practical solutions which we will be definitely implementing. His understanding of the motor trade and business is extensive and has enabled us to look at our business with a fresh pair of eyes, many thanks!
Mike HicksCar Care Tetbury
I would highly recommend Andy Savva and his company Savva Automotive Ltd to all these garages which struggle, need help and are willing to open their minds for new ideas. Andy Savva is for garages like Gordon Ramsey for restaurants!!!
Tomasz KremerAutomax
Thank you so much for coming in this morning. The feedback from the students was brilliant. The supervising teacher told me that was the best behaved she had ever seen them and she was so impressed by the quality of their questions and how engaged they were. You are a star and I can't thank you enough!
Diana AlexanderCareers and Work Related Learning, Southgate School
However well you run your workshop Andy has the insight and objective view to offer previously ignored or unseen solutions to a better workshop. Keeping the customer first is Andy’s speciality whilst ensuring a more efficient and profitable workshop is the result.
Martin LangbridgeC & G Autocentre (Glousteshire)
Andy’s attention to detail and philosophy to continually train his entire team to the highest standard has made his garage the ideal partner for our Pro Tech Plus Workshop Scheme.
Matt ShakespeareTechnical Sales Manager, ZF Services UK Ltd
Andy is widely recognised as one of the leading independent garage owners in the UK. One of the reasons for this is that Andy recognises the constant demand for independent garages to stay ahead of the latest technologies and servicing requirements.
Richard BowlerEditor, Professional Motor Mechanic Magazine
In the UK we have developed relationships with Professional Technicians like Andy Savva who are totally committed to fitting Genuine Original Equipment Parts and deliver a level of service that in many cases exceeds even that offered by the Franchised Dealers.
Nigel MorganManaging Director, Schaeffler Automotive Aftermarket
prev next